ADP 12 Yearbook Project – Not only a subject

The Yearbook Project is one of the electives for senior ADP students. This course also begins to be warmed up for ADP 12 students this school year.

A fun and eventful school year featured in the Yearbook not only helps seniors retain memories but also helps them build many useful skills. 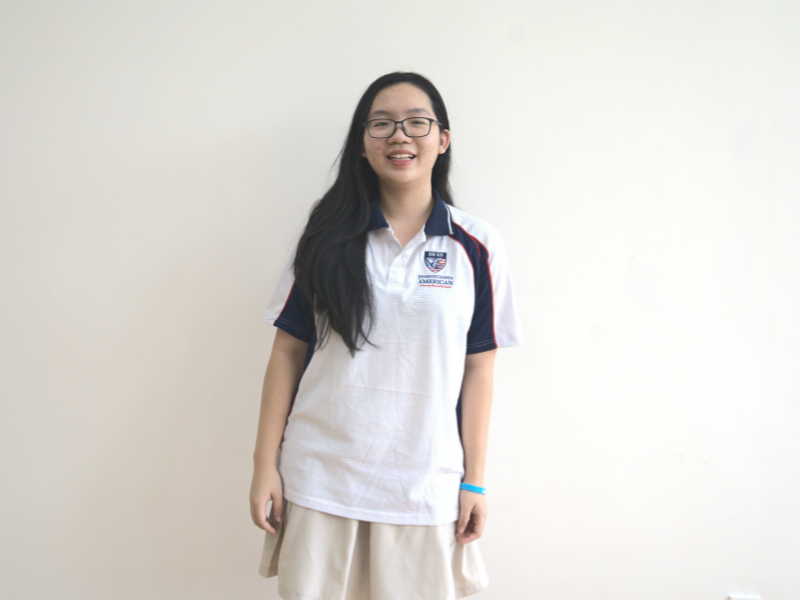 With Ho Le Khanh Nguyen- ADP 12, the process of participating in this special subject has created a lot of  inspiration.

“During my senior year at Penn, I got a chance to take part in a course that is very different from anything I’ve ever taken before, Yearbook Journalism. During this course, we learned about the meaning behind making a yearbook, the different components of it, and after that make a Penn school Yearbook on our own as a class. During the midst of studying for our upcoming exam and preparing for college applications, Yearbook Journalism is not only a subject, but a fun diversion for us to be creative, and collaborate on creating a journal that will represent our school, the students, and many different activities that we did during our school year as well”.

Unlike other subjects, the Yearbook Project offer teamwork activities occasionally. But with the difficulty of not being able to face-to-face, ADP 12 students also have their own ways to complete their Yearbook journalism.

“It was also difficult for us to communicate efficiently with our teacher, Mr.Jamie, and with each other as well, now that we’re still stuck online and cannot meet face to face… We divided ourselves into smaller groups following our strengths, to better manage each team’s tasks and progress. In addition, whenever one team is not on any task, they would be in charge of thinking of new content and index ideas, which I think make this an efficient system, since it makes sure that everyone is kept busy all the time. And we have plenty of new ideas being generated every week, which the team responsible for the idea will then introduce to the class during a pitch session, and the rest of the class will vote on whether that idea is good or not afterward. Being a part of the leaders of two teams also trained my leadership skill, and allowed me to participate in many processes on a higher level as well”. “We started the school year online, so there were a lot of difficulties for us in creating the yearbook this year in terms of creating content and communicating. When you think of a yearbook and what it covers, one of the first things that come to your mind would be the school activities, the different events, and clubs that we take part in during a normal school year. Since school became online, there were not as many such opportunities for the school as well as ourselves to conduct those events as we normally could, which significantly affected the type, quality, and amount of content we can use for our yearbook as well.  However, instead of focusing on the loss and depending on the school for content and index, we tried to go with what we had and actively created new content ourselves. For example, last Halloween, aside from the school’s activities, we came up with the idea of a Costume and Writing Contest, where students at Penn will dress up for Halloween and send in photos of our costumes, or write horror stories, and compete against one another. Our idea actually became a school activity on its own, and the results are pretty pages of Halloween content in our yearbook that you’ll see at the end of this year. Stay tuned!”

Let’s look forward to the launch of this ADP Students’ Yearbook!