The journey to the Tournament of Champions with WSC 2022

The World Scholar’s Cup (WSC) is an international academic competition that attracts thousands of students from many countries around the world. By competing the Global Round held in Bangkok, Thailand, #HomeOfTheEagles has turned to the final round of the Tournament of Champions next November at Yale University, USA. 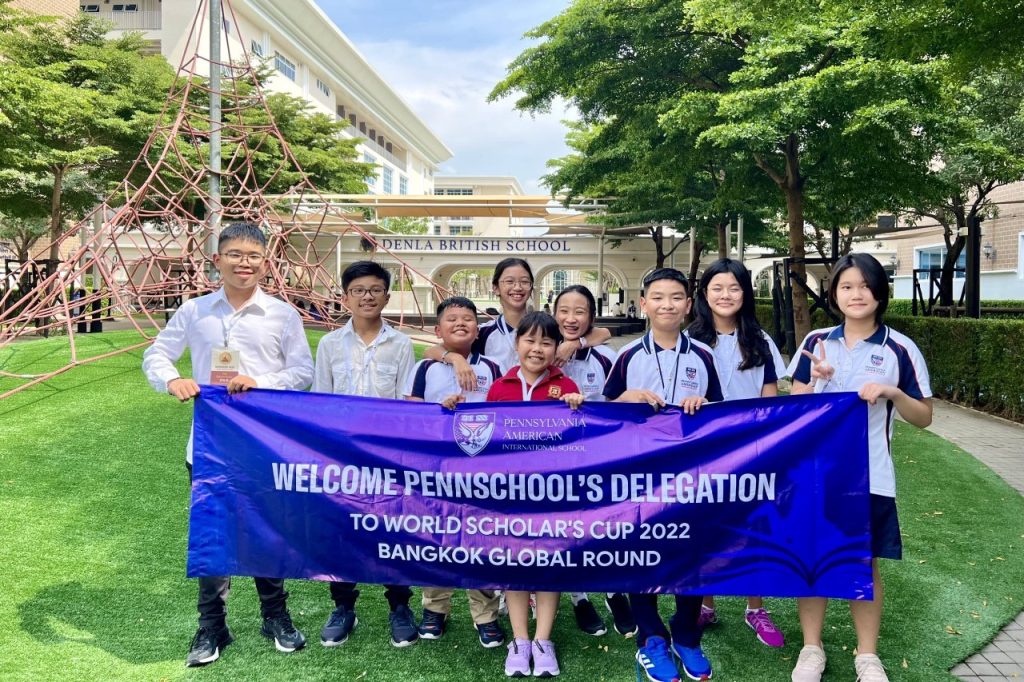 With Nguyen Van Lam – IAP7, the contest’s experiences gave her valuable memories. To be able to turn the final round in America, #HomeOfTheEalges passed over two rounds including the national round held in Ho Chi Minh City and the Global round in Bangkok Thailand. From the first round, Van Lam and her friends prepared carefully and spent time practicing and consolidating their knowledge.

“It all started when I participated in the regional round in Ho Chi Minh City. I didn’t prepare much, which is the reason why I considered whether I could enter the next round or not. Luckily, during the exam, my teachers and Ms. Huong helped us a lot. All summer, I regularly went to Ha My’s house to practice for the upcoming exam, and I was also guided by Ms. Huong – a very talented and dedicated coach. At that time, I spent time reading articles, completing related quizzes; Until the day of the exam, I still felt nervous even though I had prepared quite carefully”. 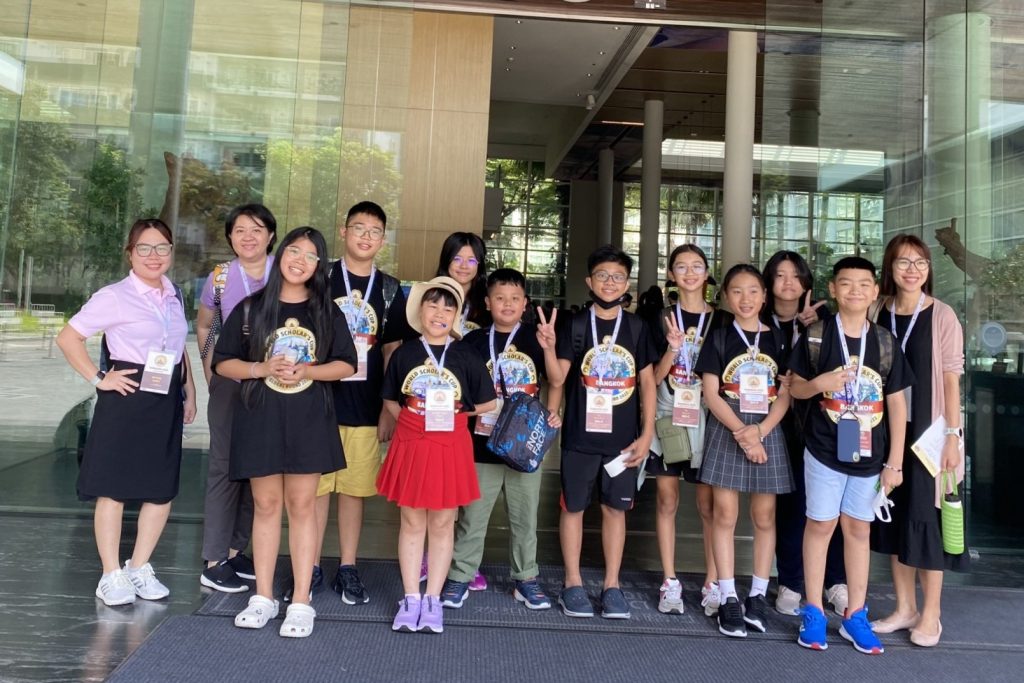 The Global Round in Thailand is a series of interesting experiences when #HomeOfTheEalges has the opportunity to interact with international friends from many countries, as well as explore the country of “golden temples”.

“Finally, the day of the contest came, even when at the airport, I and my friends also spent time practicing. Even at the check-in counter, we also continued doing the related quizzes. When arriving in Bangkok, there was an amazing feeling in my soul. It had really been a long time since I had the opportunity to take part in such a prestigious competition in a strange city. I was really excited. And just as I expected, waiting for me in this city is not only fun, new interesting places to discover, but also an opportunity to make new friends from all over the world; where I have the opportunity to exchange knowledge in many areas of life. Although we were still worried when we first entered the competition, we have overcome challenge rounds, debate rounds, and difficult scholar’s bowl rounds, to achieve precious awards, which affirmed our team’s efforts. In November, we will participate in the final round of the World Scholar’s Cup – Tournament of Champions in the USA. Although I am quite nervous about the challenges, I always believe that I and my team will be united to overcome difficulties, to become champions”. 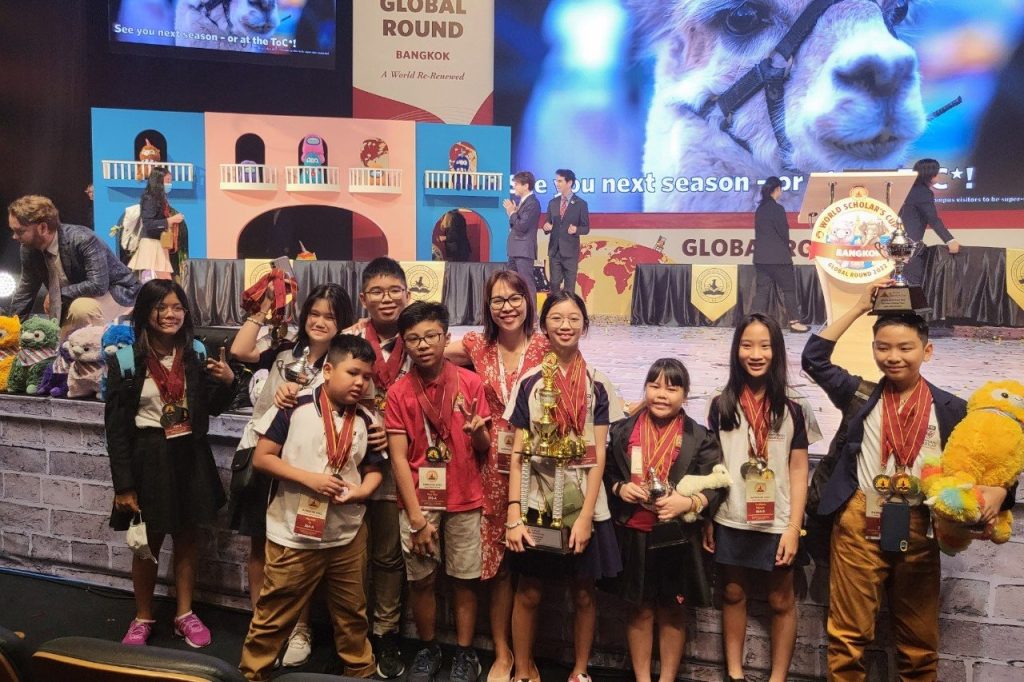 Hope that Van Lam and her teammates will continue to achieve high rankings in the final round to be held at Yale University, USA in November. And no matter what the outcome, you are PennSchool Community’s “Champions”. 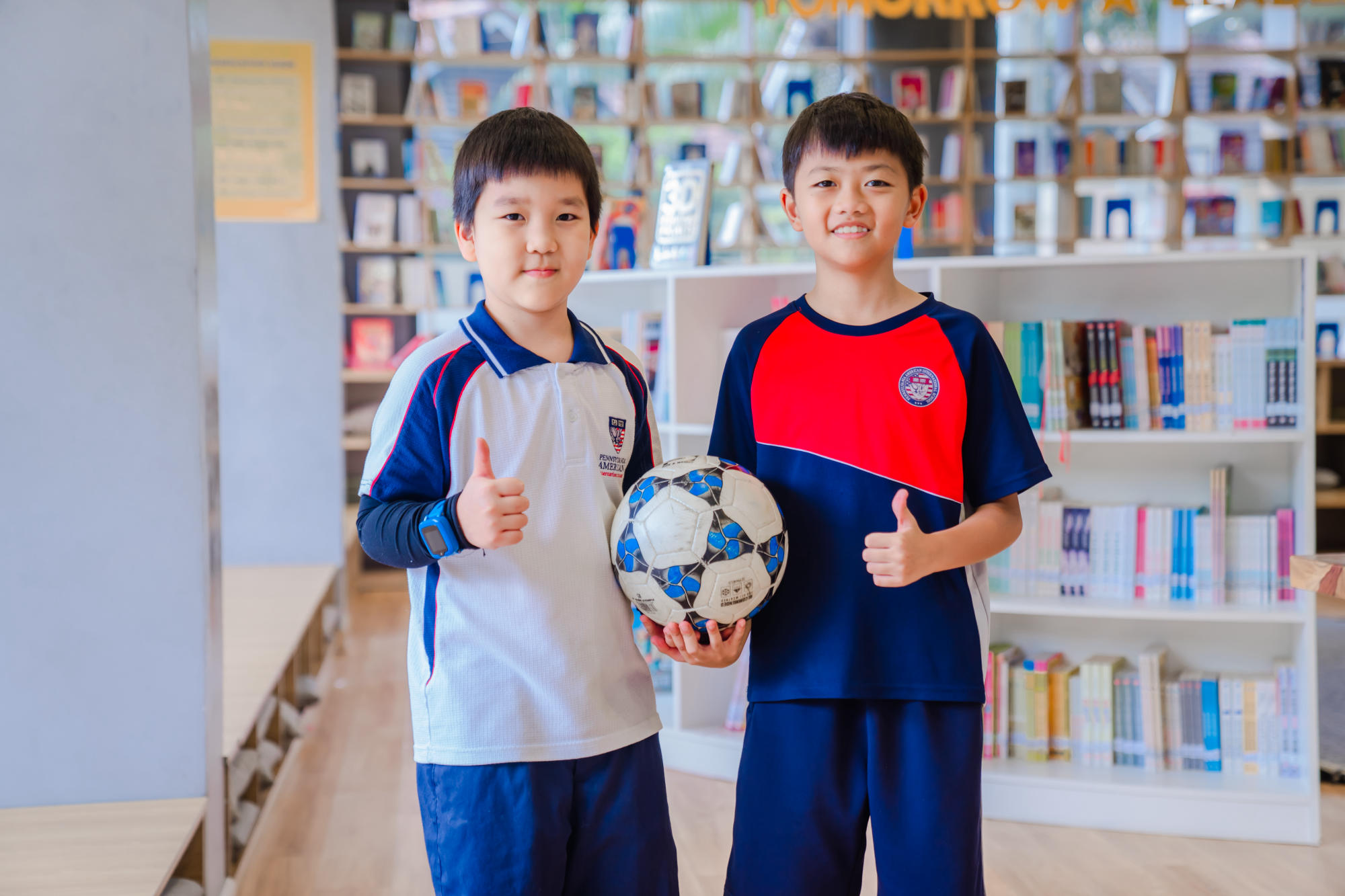 The Talent Squad round has been organized and brough many impressions to the BOD because many “mysterious factors” are now revealed. ️️With nearly 200 students registered to participate in all... 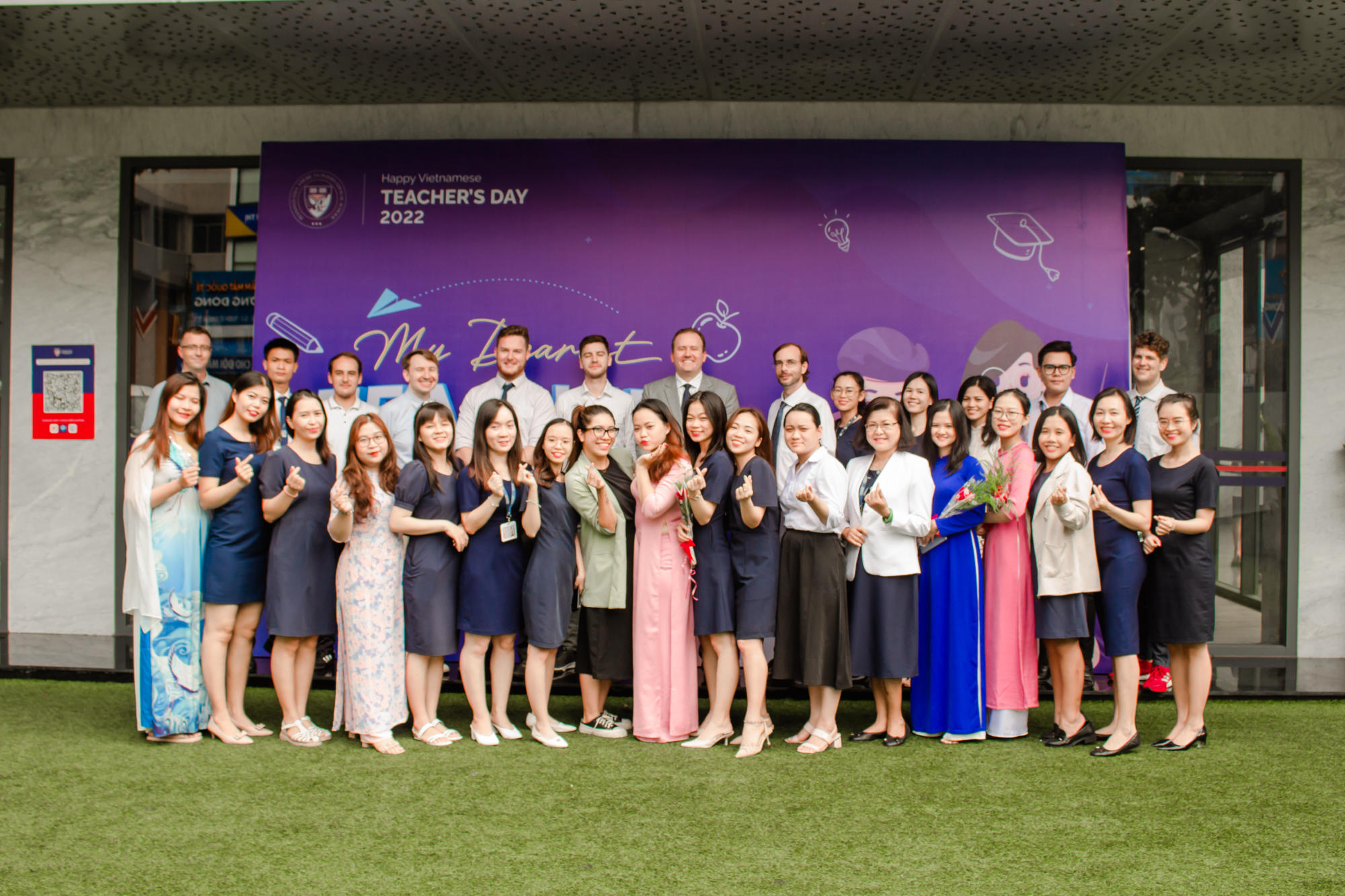 Messages to my beloved teachers

November is always a special month of the year, and is an opportunity for students to sincerely thank their teachers who #HomeOfTheEagles loves the most. At PennSchool, Lam Tuyet My... 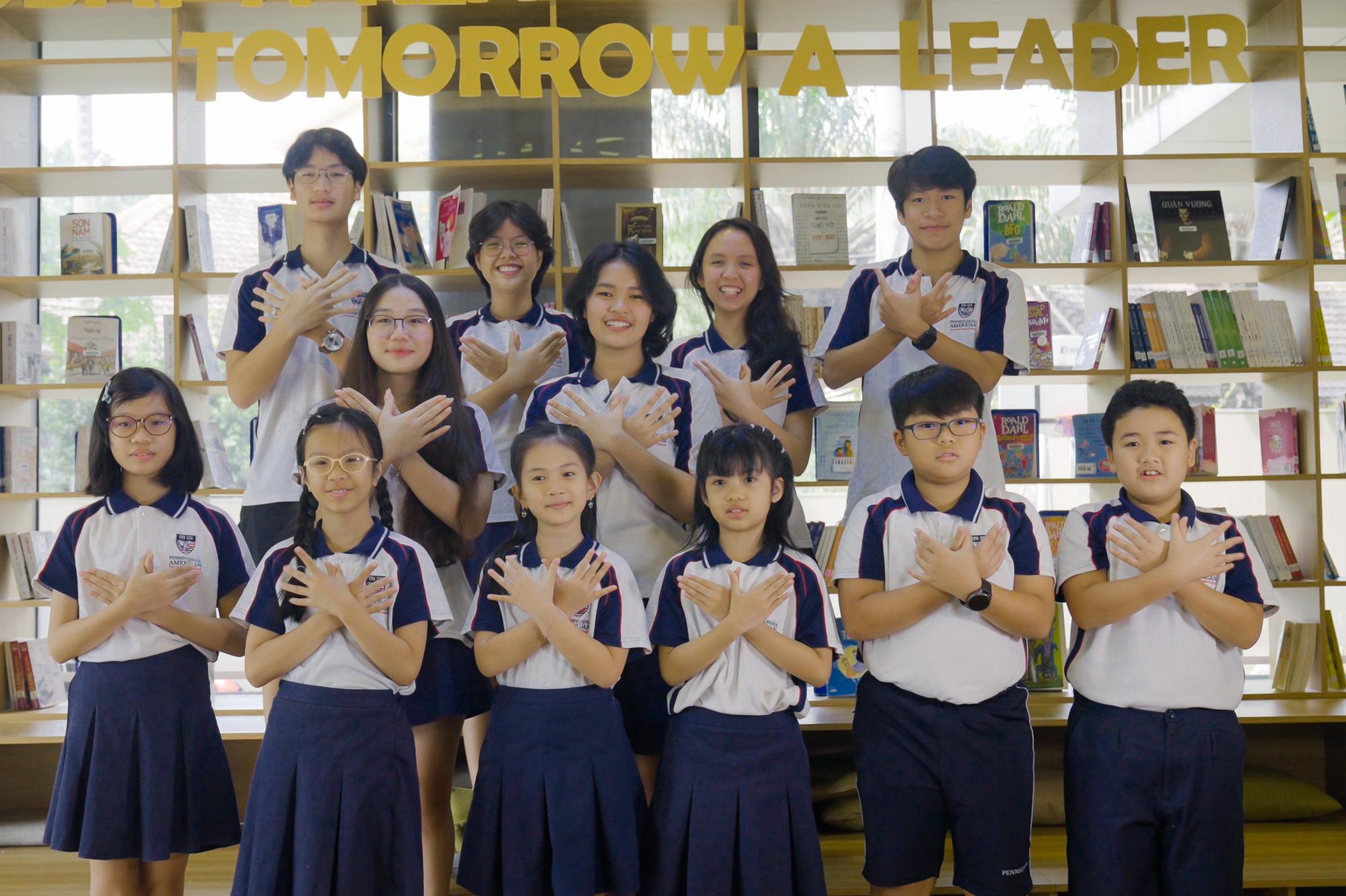 After a short time, the results of the Student Council election have found worthy leaders. Congratulations to the 12 Student council’s executive board in the 2022-2023 Academic year. You have... 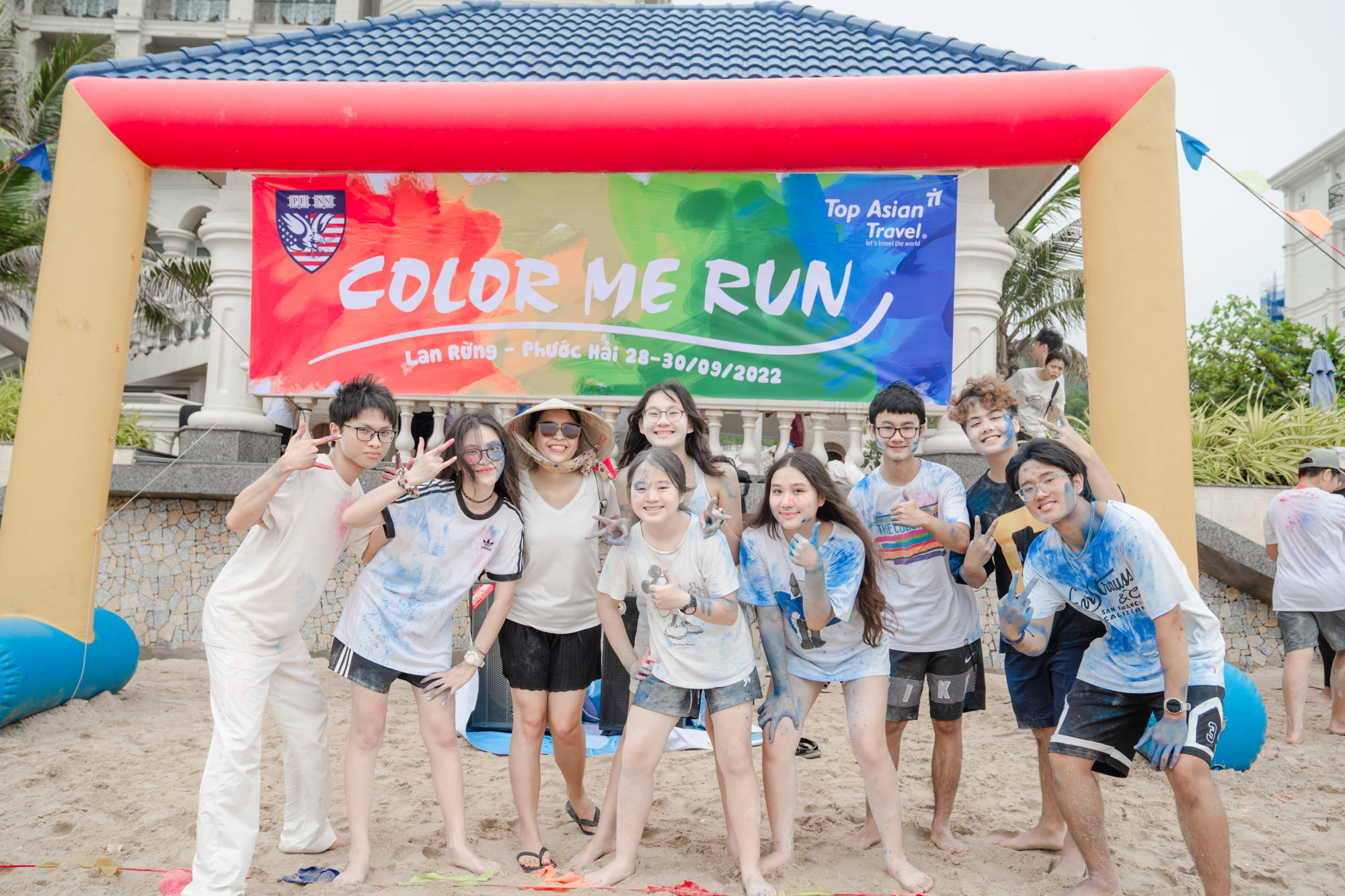 Friendship is always one of the most meaningful things that we have. Friendship when we are students is even more meaningful because we can share good memories without being affected... 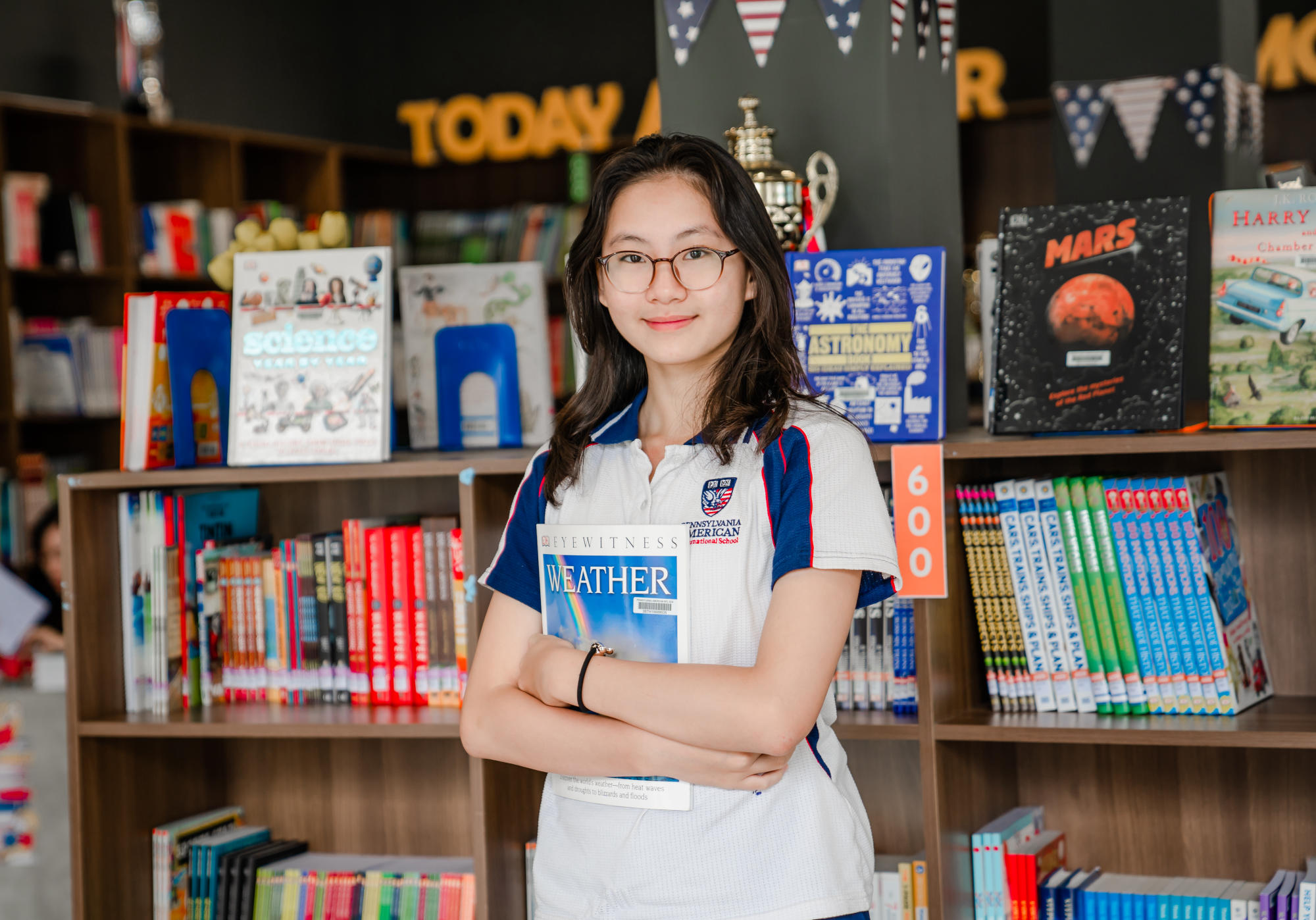 Environmental pollution is always a hot topic which offers everyone to act and change this.  To encourage everyone to protect the environment, the Cuckoo Clean-ups project has been established. The... 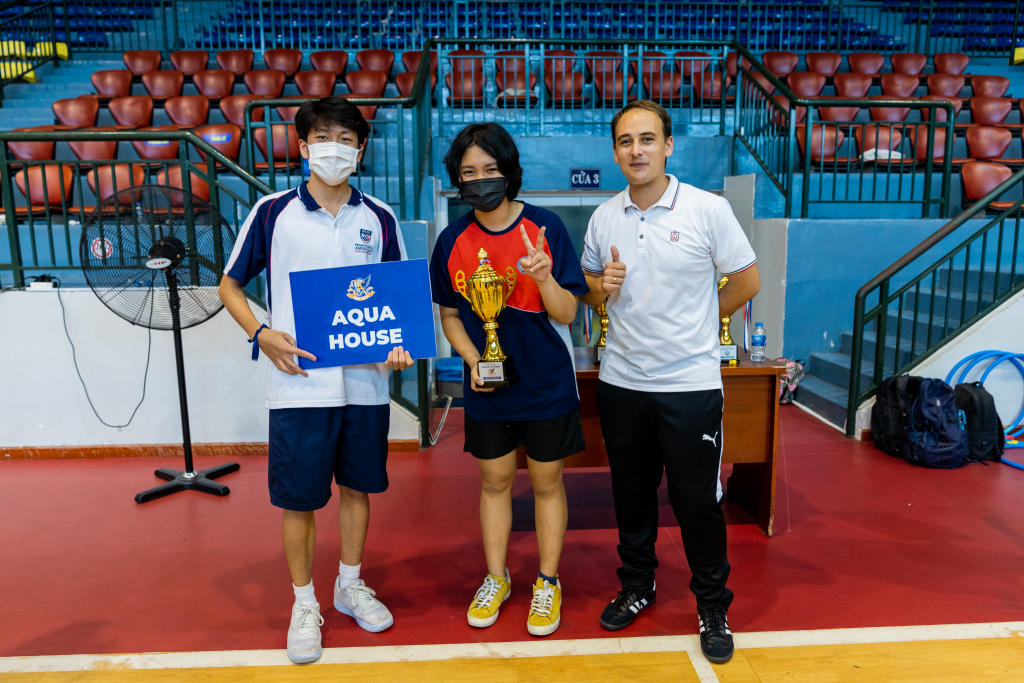 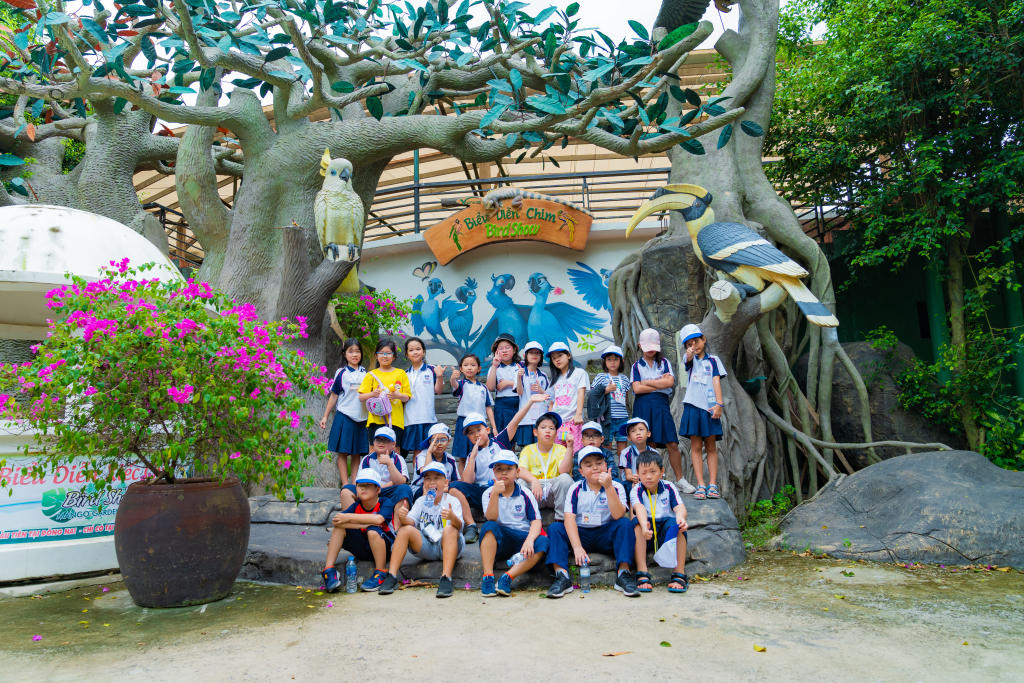 Field trips for Elementary students: To travel, to experience and to learn

Field Trips in the 2022-2023 school year gave a lot of memories for every #HomeOfTheEagles, especially elementary students. This was the first time when they were away from home and... 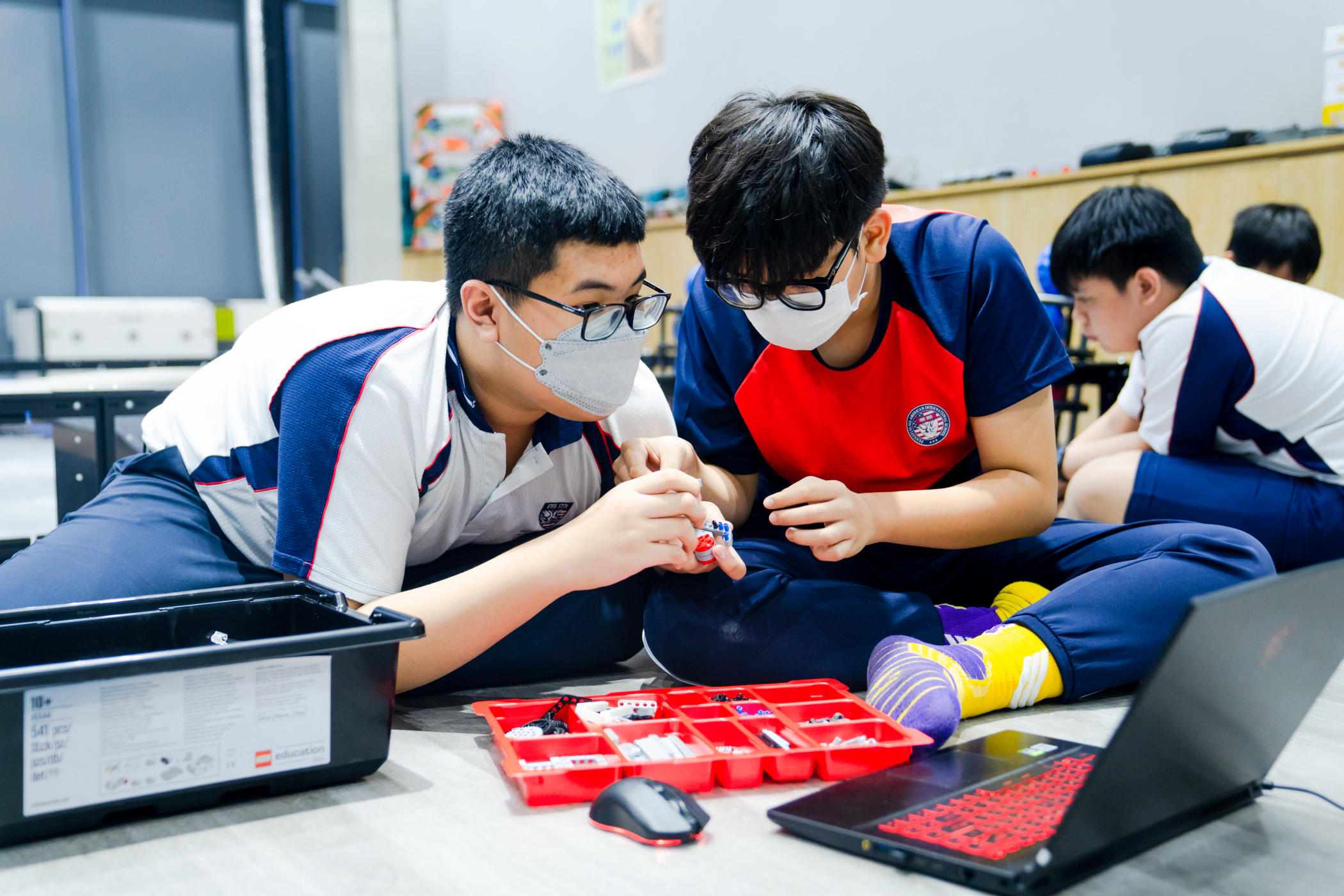 Each competition is a journey which students have a chance to study from. Even though Robotacon competition has finished, the amazing emotion of #HomeOfTheEagles still exist.  With the passion in...